Members appointed by the Government of Quebec 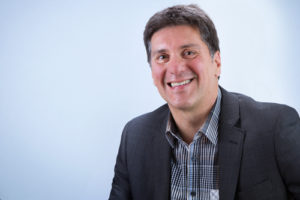 Luc Lainé, B.A., is a member of the Huron Wendat Nation and former Delegated Chief within the Council of his First Nation. During his political term, he was, in collaboration with the Grand Chief, the Chief in charge of the settlement of the specific claim called the 40 Arpents and the consultation of the members of his nation for the change of their national mode of election.

In 1978, he completed a Bachelor’s degree in Sociology and a minor in Business Law at Laval University in Quebec City.

For the last 30 years, he has carried out his professional activities across the country within many Canadian and Aboriginal organizations as well as in the private sector. The majority of his activities were conducted in Aboriginal communities. He has always been curious to fully understand the issues of interest to Aboriginal peoples across Canada, and acted with great respect in his dealings with them. His great ability to listen and his innate sense of diplomacy have often been pointed out as much by his colleagues as by his vis-à-vis.

He is currently the President of Orihwa Inc., an Aboriginal society specializing, among other things, in the development and funding of socio-economic projects in Aboriginal communities across Canada. 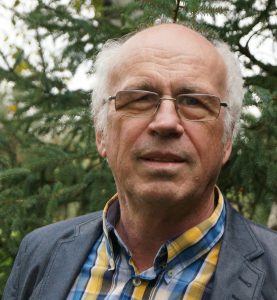 Daniel Berrouard is a biologist. He has spent more than forty years in the Ministère de l’Environnement et de la Lutte contre les changements climatiques. He has been active primarily in the nordic environment and ministerial coordination of aboriginal affairs.

In the course of his career, he and his family made their home for some ten years in the Eeyou Istchee/ Baie-James Territory. His earliest experiences in Eeyou Istchee date back to 1973, when he was a student at the Centre d’étude nordique at Université Laval. From 2006 to 2010, he was head of the wildlife management service for Northern Quebec. 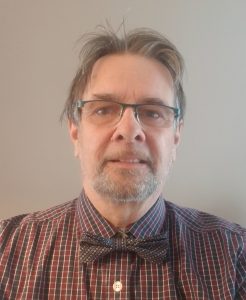 Robert Joly holds a masters degree in the biological sciences from the Université de Montréal. He entered Quebec’s public service in 1976 and has 35 years of experience in a variety of fields related to the environment, first at the Department of Recreation, Fish and Game, and later with the Ministère du Conseil Exécutif.

In 1990, he joined the Department of the Environment as advisor to the Assistant Deputy Minister of Sustainable Development. In 1992-1993, he served as interim director of the Direction des évaluations environnementales (environmental assessment directorate.) In 1993, he became head of development at the Direction des évaluations environnementales and from 1996 to 2002, he was coordinator of the bank stabilization program created in response to the torrential rains of July 1996.

From 2002 until 2011, Mr. Joly served as head of the Service des projets industriels et en milieu nordique (industrial and Northern projects) and then as interim director of environmental assessments. Mr. Joly retired from the Department in April 2011. From 2011 to 2013, he was chair of the Strategic Environmental Assessment Committee on Shale Gas.

Robert Joly was for a number of years a member of the administrative council of the Association Québécoise pour l’Évaluation d’Impacts (AQEI) and served as president of the Secrétariat International Francophone pour l’Évaluation Environnementale (SIFÉE) in 2003-2004 and 2008-2009.

Mr. Craik, born in South Porcupine Ontario in 1948, is an Anthropologist who has worked on aboriginal issues in Canada since 1972. He has studied Eastern Cree culture and language and presently works in English, Cree and French. He is a Cree-appointed member of the Provincial Committee (COMEX), the Evaluating Committee (COMEV) and of the Eeyou Marine Region Impact Review Board. He coordinates Cree-Federal Relations and has been a member of the Cree Negotiation teams for agreements on human resource development, hydroelectric development, Cree-Canada relations, offshore rights in James and Hudson bays and Cree governance. In addition to working with the Crees, he has worked with the Conn River Micmacs, the Inuit of Northern Quebec, the Lubicon Crees of Albert and the Government of Canada. 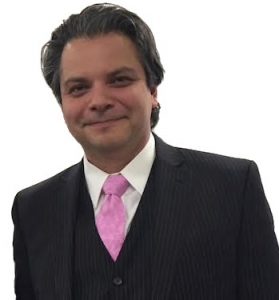 John Paul Murdoch is a partner and the founder of the law firm Murdoch Archambault Avocats. Member of the Cree Nation of Quebec, Me Murdoch became the first of his nation to be called to the Quebec Bar. Since his admission in 2001, he has learned to weave the lessons and values of his native ancestry into his legal practice in Northern Quebec. He presently holds the position of Secretary of the Cree Nation Government. He acted as an ambassador for his people and community to the European Parliament, the United Nations Organization and the National Assembly of Quebec. Me Murdoch speaks Cree, English, French and Spanish. His practice is located in Wemindji, James Bay. As a licensed pilot, he is able to meet with clients and partners throughout Northern Quebec.

In addition to Aboriginal law, he practices corporate and administrative law. He acts as a legal advisor for several aboriginal organizations. He has conducted major negotiations involving hydroelectric, mining, wind energy and forestry developments. In 2002, he participated in negotiations that led to the Agreement Respecting a New Relationship Between the Cree Nation and the Government of Quebec (known as the Paix des Braves), managing the hydroelectricity component of the talks.

He was the president of a major aboriginal financial consortium which awarded over 600 million dollars in construction contracts. Me Murdoch was responsible for establishing the Niskamoon Corporation, which organizes concrete development activities in Northern Quebec and plays an important role in environmental monitoring programs for hydroelectric projects.

He also contributed to successful conclusion of a collaboration agreement between the Cree Nation of Wemindji, the Cree Nation Government and the mining company Goldcorp, following negotiations concerning the development of the Eleonore project in Wemindji.

Me Murdoch works to promote conciliation among different groups. He founded a partnership between the Cree and the Ngöbé-Buglé people of Panama through a solar energy project.

He collaborated with the World Bank to improve its internal regulations regarding Aboriginal peoples. He also engaged in discussions with the Inter-American Development Bank. Finally, Me Murdoch recently participated in improving a community development program in the context of a large-scale oil project in the Sakhalin Islands in Russia.

In the summer of 2007, Me Murdoch taught the course “Aboriginal Law on Cree Territory” for the Civil Law Section of the University of Ottawa’s Faculty of Law. This summer course focused on the Cree Nation’s internal laws, how these modern government laws manifest themselves and how relationships are developed with respect to them.

Outside of his law practice, John Paul Murdoch is a professional artist, known for his large portraits and murals. His most recent works of art are on display in the conference room of his Montreal office, as well as in the Aboriginal Peoples Committee Room of the Senate of Canada in Ottawa.